A downloadable game for Windows and macOS

You play a young high school student who plays one of these romantic visual novels for the first time...only to have the three love interests come to life!

How will Dane, Caspian and Joel deal with the real world now that they're out? And how will you deal with them turning your life upside down even as they try to win your heart?

- Name your character, best friend and your cat!

- Three routes with fully voiced love interests (voices currently only available in the full game, not the demo).

- One good ending with CG per route, versus 1-2 bad endings per route.

- An epilogue that unlocks after successfully romancing all three love interests.

P.S. Should you spot any major errors or face problems with the game, let me know and will do my best to help. Thank you! 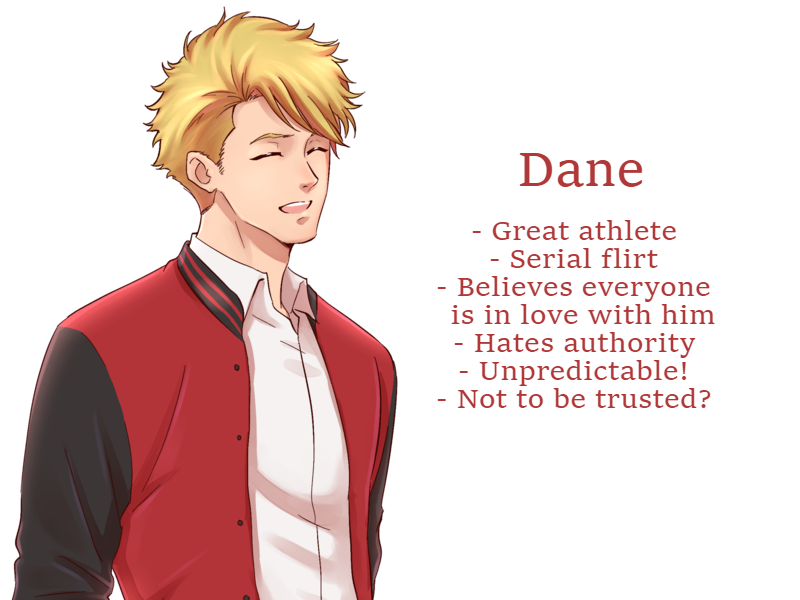 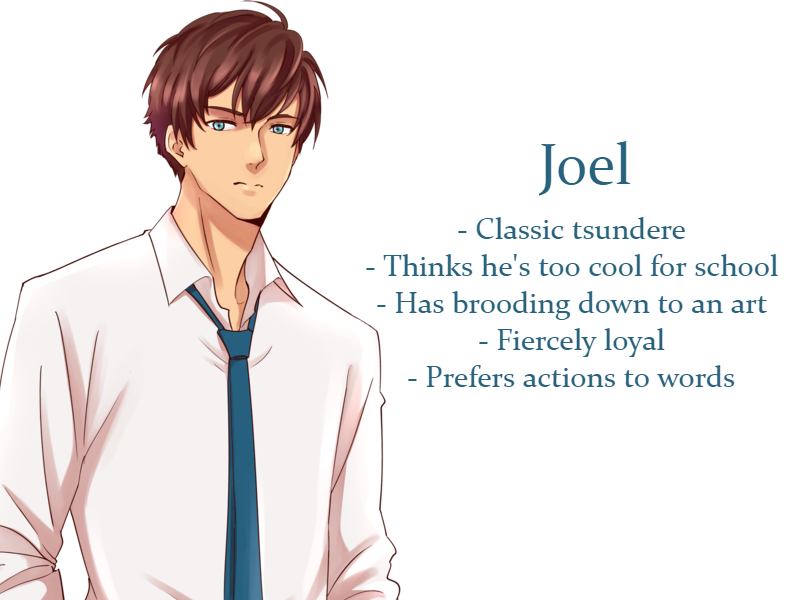 In order to download this game you must purchase it at or above the minimum price of $7.99 USD. You will get access to the following files:

It was cute. I really liked each of the guys. Beyond that, I felt like a couple of actions were really out-of-character for the guys - literally just one specific moment/action for each of them. I also realize that’s part of the plot-device, though, part of the trope in a way, so I’m not too worried about it. Beyond that, though, I felt like there was a lot left unanswered about the plot points - specifically about the drama, mechanics, and the ‘scary’ issues going on (trying to avoid spoilers). Each happy ending just sort of wrapped up without addressing them. I also think that the route order should be indicated, because there are some plot spoilers if not going Dane>Caspian>Joel. Other than that, there isn’t a lot of romance at all, this is purely the lead-up, and there isn’t even flirting. So it’s definitely more a plot-driven kind of thing than feeling-driven. It was cute, and I’m glad I played - it was well-written and well-paced despite/outside of the issues I’ve listed, too. So not at all bad. I’d read/play more of the story/guys, truly. They’re really endearing, and cute to boot.

As someone with experience regarding the Ren'Py engine, a good first course of action would be deleting the game and re-downloading it, making sure you don't disturb anything during the download and unzipping process. If problems persist after that, I ain't sure - VNs are simple games with simple problems most of the time.

Hi! That's strange, if you can, grab a screenshot and send them over and I'll see what I can do!

This was helpful! Thank you so much for your patience and for highlighting this to me.

If my guess is correct, it was a simple fix and I have already uploaded the corrected files. Delete/uninstall the version you have now, try the new version 2.1 and let me know if it works now?

Glad it's OK now! Sure, I could put together a cheat sheet and put it up for anyone who wants to refer to it. I'll drop an update when it's ready!

If this game completed will this be not free anymore?

Hello! Yes, the full game will be priced though it's expected to be under USD10 as it's a relatively short otome game 🙂

Will there be a gay option?

Hello! I'm afraid we currently don't have plans to make the best friend romanceable. We may consider adding that option if there is enough support for it, as doing so may push our planned release date slightly.

So overall I liked the demo and am interested in the full game.

The I didn't part about the MC not knowing/understanding video games.  I think that most people who play this are going to know otomes and visual novels so having an MC who can't even pronounce the genre to me makes her come off as unnecessarily stupid/naive.

Thank you, I'm glad you liked it! It's really just meant to be a short, fun title - one we should be able to release well before Queen of Hearts and hopefully help contribute to its development.

Regarding the MC, it's a reaction I've gotten  from friends who have no idea what an otome is. Not mispronouncing it per se, but just being puzzled by the name and joking around. Anyway, it's just a silly moment, but certainly, I'm looking out for everyone's feedback to the demo to see how we might tweak things with the full release.

Thank you for being the first to share your thoughts, really appreciate it!

I'm a little confused. Doesn't this studio have another game coming out in 2021? Why does this game have such a short turn around when another one is still incomplete?

Hi Catastrofica! I can understand the confusion.

To explain, My Otome Life is a much smaller project which is why the release is expected to be earlier.  Queen of Hearts has a larger script, more love interests/routes and as you have probably noticed, the artwork is more detailed (thus will take longer). Sadly, Queen of Hearts' crowdsourcing campaign didn't take off on Indiegogo as well, which is why development has slowed down. However, My Otome Life is entirely self-funded!

We love visual novels and hope to keep making more, so we can share them with you guys who love playing them as much as we do!

Ah, that makes sense. Maybe this game will be able to generate more funds towards your other project. Best of luck, and I look forward to this one when it is complete.

We hope it will help too, thank you for the kind words! 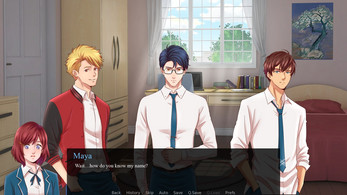 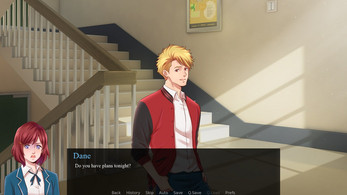 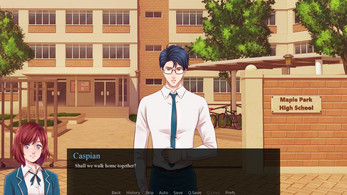 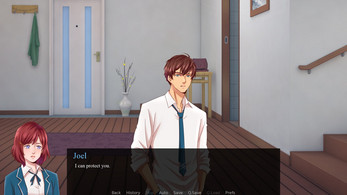 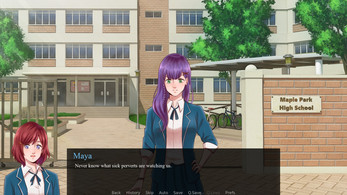